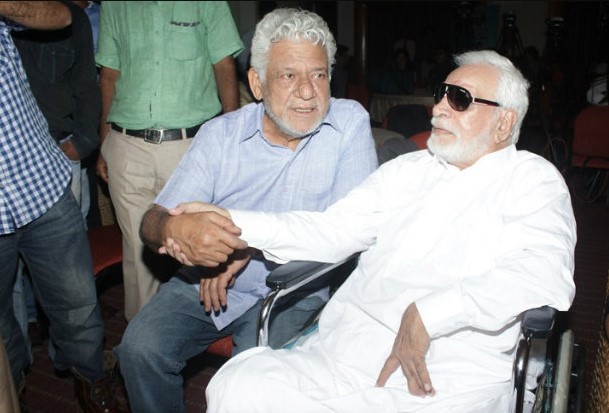 “It is all a lie. It is just rumour. My father is in the hospital.”

According to the doctor he is suffering from a degenerative disease Progressive supranuclear palsy in which a person is not able to walk properly and loss of balance is also observed. Dementia can also be a sign in this disease.
Kader Khan is a senior Bollywood actor and with his superb talent, he always made the audience laugh. Kader Khan has done a lot of films in Bollywood. Viewers have always praised his acting skills. superstar Amitabh Bachchan has also worked with Kader Khan in Bollywood films. He is worried about his health and has tweeted: Kader Khan actor writer of immense talent.. lies ill in hospital… Prayers and Duas for his well being and recovery… saw him perform on stage, welcomed him and his prolific writings for my films… Great company… and many not know, taught Mathematics!
Kader Khan’s Birth: 22 October 1937
Kader Khan’s Birth Place:  Kabul, Afghanistan
Kader Khan was born in Kabul Afghanistan on 22 October 1937. He has done a total of 300 films in his career and has given a lot of super duper hits. He generally used to play the role of a comedian in his movies and always made the audience laugh. He has completed his graduation from Ismail Yusuf College
So, this was all for today. The veteran actor has given a lot to Bollywood and has always made us laugh So, let us pray for his well being and recovery in his bad time. Stay Tuned with BuzzArenas for more Bollywood news, Gossips and Politics news.