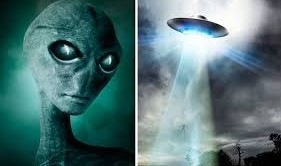 Ever since we humans have conquered our survival instincts and looked beyond this world as a civilization, we have always wondered if are we alone into this massive never-ending series of galaxies and even far more number of planets? Till now, our knowledge of the universe has been very human-centric but now we know that on the grand scale on which the universe works we are nothing but a byproduct of many events to have occurred through the history of time and we are nothing special.

Thus we have started endeavors into the search of other extra-terrestrial beings but despite our much endeavors, we cannot assure that on some other planet, there is civilization growing and possibly searching for us too. But there have been incidents when we might have felt exposed to certain alien activities. These incidents may not provide conclusive proof of the existence of aliens but they have given birth to some of the most compelling theories that we have come across yet.

Pure Mathematics- Considering the huge no of planets that are out there in the infinite extension of the cosmos, it seems highly improbable that our planet The Earth stands out to be the lone planet to support life on it. Many other planets have similar resources for supporting life on them thus the probability of us being the single planet in the entire cosmos with life on it is very low. The Drake equation, in fact, studies this probability. Thus mathematics itself goes into the favor of the existence of such aliens as well. 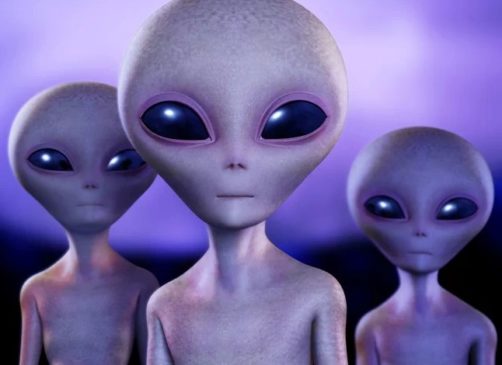 For years, researchers from NASA and other space agencies are trying to find as much earth-like planets as possible. They have been remarkably successful in doing that as well. Research has listed more than eight earth-like planets which have the advantage of the same resources, water, and heat as that of our own planet. These planets are light years away from us thus any expedition to find out the truth will not be possible. But the confirmation of the existence of such planets assures that might have cosmic mates somewhere out there as well.

Available hypothesis- People with different backgrounds have put forward many number of hypothesis that justifies the existence of aliens and why have we not found them yet. While some theories describe the presence of an external force that restricts communication between different civilizations while the other describes how and why are the aliens not interested in interfering our civilization. These theories may not provide conclusive proof of the existence of aliens but there scientific studies behind their hypothesis and the logical explanations raise some interesting questions and do these theories cannot be disregarded at all.

Bizarre incidents- We have come across some really bizarre incidents that have been witnessed by some of the individuals which cannot be explained by any human activities does giving space to a possible invasion by aliens on earth planet. The famous presence of UFOs have always been subjected to tough debate. While some people believe that there have been many incidents where individuals have detected UFOs some believe that those were some misunderstood incidents. Some individual also claim to have met some of these aliens themselves. These stories cannot act as a conclusive proof of the existence of aliens in any way but the presence of so many such incidents and claims surely gives rise to some questions. There have also been incidents where astronauts have themselves believed to have faced an interference by extra-terrestrial beings during space missions.

A possible collusion between aliens and the governments

however improbable it may sound but it is definitely true there have been some works that has been absolutely hidden from the general citizens. NASA have showed great interest in further pursuing the possibility of such events. The Pentagon, the US Senate house itself has undergone funding to carry on the research on this subject. There have been files and papers that have been encoded which suggest possible collusion between the government and these extra-terrestrial beings. When President Obama was asked questions related to such collusion possibilities then even he could not confirmed the theory as false. Some hackers have claimed to hack the defense systems and the NASA system leading to some files which clearly depicts the interaction of the government with such extra-terrestrial beings.

All of the above acts as strong arguments in favor of the existence of aliens. Hence the idea of the presence of inter-galactic mates cannot be put down and the subject still remains an intriguing set of questions that can only be answered by human endeavors and efforts and if we all work together as a civilization.  The truth behind the existence of aliens is still yet to be known but all the incidents that have taken place regarding this subject justifies that aliens are not a concept that can only find its way in some comic books or science fiction movies but also can be a scope for great research because the confirmation of existence of aliens will be one of the greatest endeavors of mankind and will totally change the way how we see our planet and this universe.

So, these were some of the theories and incidents which makes us think that we humans may not be alone in this vast universe. If you feel that you have something to say about aliens or you have experienced some strange things then do let us know via the comments section below. Stay tuned with Buzzarenas

Get Latest News and Viral Updates from Buzzarenas